This Isn’t For You

It is, despite the name change, the show that I started writing in 2013, premiered at the Phoenix Fringe that summer, took on tour to 17 venues in 2014 then performed at the Edinburgh festival for a half run under the title ‘Read Something’. I had never liked that title as it was unnecessarily patronising, or if read incorrectly, bafflingly irrelevant. So this version is now called, as I wish it always had been, “This Isn’t For You”. Which similarly is a baffling title in that it is definitely for you and I’d really like you to buy it.

Back in 2013, before writing this show, I had a genuine panic about stand-up. I was doing shows I didn’t want to be doing, bleating out material I loathed to audiences I couldn’t connect with and generally felt miserable about making people happy. Without going all self help guru on you, it took leaving my agent, cancelling all those gigs and booking in a tour for myself to do material I wanted to, to finally kickstart my love for the job I’m so lucky to have.
It is very easy to forget that, especially in the era that we are in, you can, to quite a large extent, control your creative output. There are social media sites where you can draw audiences to you, video and audio hosting sites where you can direct people to your content and blogs where you can bore people with blogs where you bully them into buying your videos.

To do it properly does require money and time and I have recently felt, more than ever before, jealous of those with vast inheritance that mean they can just get their short film made, because they have the money. Or they don’t have to take the gigs they dislike because they never worry about rent payment or if they can buy food that week. Luckily I have my friend Ben Hilton who is ridiculously talented and so with a small, brilliantly underground looking venue, 70 nice audience members (some I knew, some I didn’t), sound recording from the excellent James Hingley, 4 cameras (operated by Ben and the brilliant Tania Freimuth), a lovely support set from Chris Coltrane, tons of editing, grading and working out how the internet works, here we are. My show.
All one hour and five minutes of it. A few bits were cut but that’s mostly how it was, with the laughs, luckily, just how they were too.

So this is that. This is me, deciding to do what I want with my job and hopefully other people will like it. If they don’t, they don’t have to buy the vid. If they do, hopefully it means that when I finish the show I’m writing they’ll come to see me do that live, which in turn will maybe pay for me to put that online for sale too.
Hopefully we’ve made it cheap enough for anyone to buy* and if you do, and enjoy it, please spread the word. I’m far less interested in earning from it, than making sure I can still go out and shout comedy at your faces with material I want to write, in years to come. Though if me and Ben can get a nice dinner out of it at some point, that would also be great. I love nice dinners.

I’m genuinely proud of this, and it isn’t often I can honestly say that about anything. And I’ve lost weight since it was filmed so it’s a double whammy of joy when watching it. Feel free to point that last bit out to me lots whenever you see me.

Mostly though, as sanctimonious as it might sound, I really hope it makes you laugh. 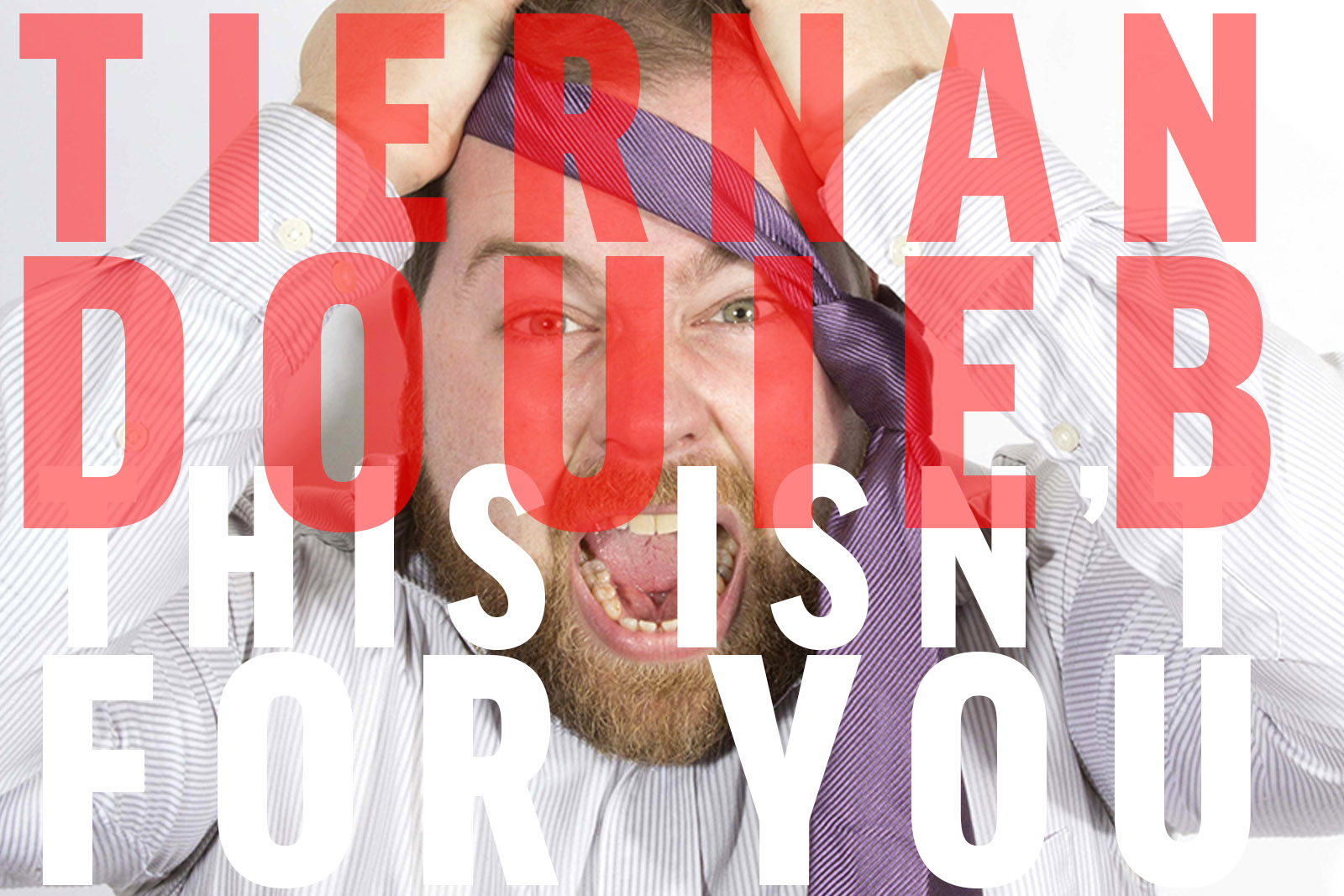 Previous Tiernan Douieb vs The World
Next The World Is Full Of Idiots, Let’s Live In Space