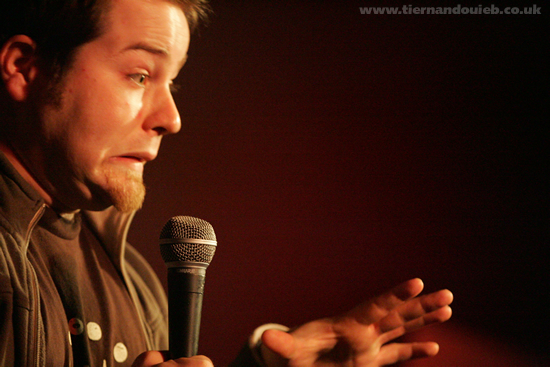 Back in January of 2014 my girlfriend and I visited Reykjavik. At the time, the mayor was Jon Gnarr, a former comedian, who set up The Best Party as a response to the anger and exhaustion Icelandic people had of their current, post crash, political parties. Gnarr’s party jokingly promised to be ‘openly corrupt’ as opposed to other parties being secretly corrupt. They said they’d get a polar bear for the zoo and all swimming pools would have towels. You know, things people knew were a joke but also, really would like if they could. The positive fun attitude led them to win the Mayoral seat in Reykjavik. Not by loads but it was a majority. And then Jon Gnarr and the Party took politics a lot more seriously, striving to improve equality. While we were there we made a trip to the town hall, in the hope of seeing it in action, but instead the building was empty. A letter was attached to the door, simply saying ‘We have had several complaints and concerns about (insert place of area of Reykjavik here that I can’t remember) so we have moved our offices there for two weeks until we can address those issues.’ I remember being so amazed by this hands on direct approach. There’s a problem, so, we go see it for ourselves and work out how to fix it. Selfless, actually helpful, politics.

I’ve been thinking about this a lot over the last few weeks as it’s an approach we’re unlikely to ever see in the UK. Sure, we have a much larger population, but it’s not just that. It’s the inability or want to do politics in a different way. Britain voted to Leave, with many voters saying they did it as a protest. They did it to shake things up. I can’t say I agree with all of the ideas of shaking up that people had, nor did I vote to leave myself as I feared, and still do, the consequences of another recession on the UK. But whatever the outcome, it was a cry to change things. A cry to localise politics, to, as many of the leave slogans said, ‘take back control’. So now we have an unelected new Prime Minister with an even more right-wing cabinet and possibly years of an unstable economy meaning belts will be tightened to the point where it’ll be tough to retain bladder control let alone anything else. Admittedly, why should the Conservatives want to change the way things are? It’s what their name means. They want to keep as much money with the people who have money as possible, and they are in power for the foreseeable future. Boundary changes, short money cuts, electoral reform and the lack of an opposition means they won’t be leaving anytime soon.

I can’t help but watch in horror as the Labour Party destroys itself at the time an opposition is needed most. I became a Green Party member in 2014. I felt Labour with its UKIP-lite immigration rhetoric and mugs, welfare cap stance and lack of actual challenge to the government’s austerity plans were pathetic. It felt to me like voting for a vanilla Conservative party, which yes, would still be preferable, but not what an opposition needs to be. I met several people who consider themselves on the left, defecting to the Greens too. I did a routine in my set about the two-horse party race being like saying ‘this bucket’s full of shit, let’s get rid of it by pissing in it. Oh no, now it’s full of piss. We’ll have to shit in it again.’ A very crude analogy but I found that most of my audiences wholeheartedly agreed. Many told me they didn’t see much point in voting at all when no one represented them. Various commentators suggested they should pander more to the UKIP crowd or become more like the Conservatives in order to win voters back. No one ever suggested they should demonstrate a politics that was missing. That they should state that they didn’t ruin the economy, or that there is no evidence that immigration is hurting the jobs market and it was the Conservatives who cut Gordon Brown’s subsidy to places experiences high levels of it.

I left the Greens and joined Labour after Ed Miliband left, in order to vote for Corbyn as leader. The other three candidates were, in my mind, the very reason I went to Greens in the first place. Dead eyed, corporate looking, no passion or want to actually challenge the status quo of neoliberalism. I was very pleased when Corbyn won. I thought finally, a left to challenge the right. That is the only way we’ll get centre again. And now, well, I’m considering cancelling my membership. Partly it is due to Corbyn. While I’ve agreed with nearly all of his proposed policies, he’s not been confident enough in conveying them. I understand that from day one the press were haranguing him. A leader can quickly become unelectable just because every one says it enough. I understand his own party hate him and don’t want him to achieve things as that’d make it less likely for them to promote the politics they want. But despite this, outside of the rallies and protests he attends (something I applaud him for) he doesn’t vocalise a challenge in the places people can see them nationally. I don’t think he can remotely be blamed for Brexit when press and politics have pushed the xenophobic anti-immigrant line for years now. But I blame him for not being louder in saying it was all bollocks and challenging it. As I blame all the other Labour politicians for doing the same. I’ve seen people I like tear themselves apart blaming one side or the other, but I really feel like no one is perfect and the depressing and much worse reality to realise is that both are to blame.

That’s where I am now. I feel angry that his party didn’t attempt to work with him. I feel angry that they didn’t say from day one, ‘we’ll help you promote a challenge to neoliberalism’, ‘we’ll help you work as leader’. The side that is good at PR work with the side that are good at meeting people and direct action. I’ve seen many say ‘a leader should be able to rally his MPs together’. Well not if they are adamant from day one that they don’t want to be due to massive ideological differences. Labour have spent 6 of the past 16 months in leadership challenges because there are too many coaches and not enough players. And none of the coaches are offering anything I want. I don’t want an opposition that isn’t again. I don’t want one that agrees to all the cuts the Tories are making then sits back and says ‘well we’re no good at the economy so what would we know?’ I don’t want one that ignore why people voted for Corbyn in the first place. Or why people voted for Brexit. Or why it’s happening in America too. Or across Europe. And I don’t want a Party who don’t have a clue what policies they want and will just be a shadow cabinet in the sense that they just hide behind the government, doing what they do, but less so.

‘Labour are down the polls even though the Tories are divided’. It’s always been a game to the Conservatives, always. It’s why they can pretend to be divided over the EU referendum and while things have definitely been shaken up since, you won’t see them fighting each other now. It’s not a game for Labour because they’re losing constantly and they can’t understand why shouting about how unfair that is won’t get anywhere. Why blaming each other for it makes them seem even less admirable. I remember being told at an Edinburgh festival years ago that the trick with PR is to sell your show. Even if audience numbers are low, say they are high. If reviews are bad, say they’ve been good. No one will question it. That’s what the Conservative government have always done. They keep reassuring us what they’re doing is brilliant while everyday we see it crumble around us. Meanwhile Labour tell us the seats they win aren’t good enough, that its someone else in the Party’s fault. That they can’t be an effective opposition because they aren’t letting themselves be an effective opposition.

We are now in the era of post truth politics apparently. If the British public were alcoholics (which lets be fair, we mostly are) we’ve all said that we’re sick of this beer that makes us feel terrible that we drink everyday. The bartender has offered us a water or a tasty cup of bleach and through anger and upset we’ve opted to just burn ourselves with the latter to the extent that we can’t ever drink anything again. What I want is a party or a leader to appear to reset this. To say here’s a lack of bullshit and some actual ideas. As someone who travels round the country all the time, people aren’t that different. Sure, there are small differences based on area and local culture and weather and accents but overall, all the audiences laugh at the same things. They all have the same basic human survival needs, they all want what’s best for themselves first, they all want some sort of security and reassurance that it’ll all be ok. Most people I meet aren’t this divided ‘the left’ or ‘the right’, they’re central, wanting where they live to be nice and their lives to be nice and nothing to be too hard or stressful. Maybe a polar bear in the zoo or free towels at the swimming pool.

Labour splitting won’t give us that. Corbyn staying won’t give us that. Angela Eagle or Owen Smith won’t give us that. The Conservatives will give some of us that, but only the people who already have the privilege of having it and definitely won’t share it. I know I’m naive, I know I don’t work in the frontline of this, negotiating parliament’s ancient limiting traditions. But I know what I’d like too. I want a government that realises the country is bigger and more important than they are. I’d like lies and rhetoric called out instead of strengthened. And I’d really like to visit Parliament Square and find a letter on the front door of the House Of Commons saying for example ‘We’ve heard people in Redcar are having a hard time with the steel works closing, so we’ve moved Parliament there for a month till we can figure it out.’

In the spirit of hero Jon Stewart, I’m running ‘A Night To Restore Sanity’ at Conway Hall on July 21st. Comedians, musicians and poets coming together to cheer everyone up because let’s face it, the news is chaotic right now. Tickets are only £5 and all proceeds go to helprefugees.org.uk.

And for all other things head to: www.tiernandouieb.co.uk