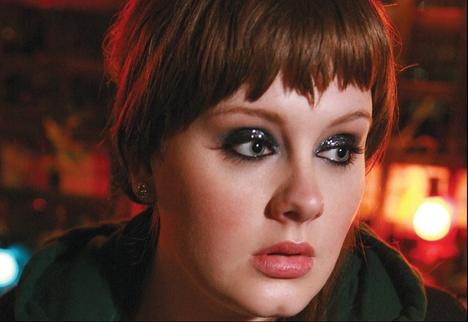 Apart from her willingness to avoid tax or her oft complaints about being famous (hard life innit?), I have nothing much against Adele. Today her new single ‘Hello’ has been released, from her originally titled album ’25’, because she’s y’know, 25. The internet, as it’s prone to do, has gone bonkers over it, saying how wonderful it is. Someone on BBC News this morning texted in to say she sounded like ‘Jesus reborn’. I’d presume that’d be a bit gravelling and odd after being dead for that long, but there you go. So I listened to it, and mostly I felt nothing, then after a while I made a noise not dissimilar to ‘meh’ and I turned it off. ‘Goodbye’.

There is of course nothing wrong with this. Music much like comedy, films and pretty much every type of art is subjective. You are fully allowed to like things other people hate and vice versa, despite what the internet says. I’m also fully aware that I’m now 34, and so stereotype states that I should be looking at popular culture and complaining that it’s just ‘noise’ or saying how when I was growing up people sang actual songs to actual music. I’m not entirely like that. Much. There are several things that I hear on the radio that make me grumble and I often wish I could find the person that invented auto-tune and throw them in a well, but there’s lots of new stuff I like too. But Adele’s track today isn’t bad. It’s just so, well, ‘nothing’. It sounds a lot like all her previous stuff. The lyrics include her saying she’s ‘California Dreaming about how we used to be’ about something, which isn’t a thing. She also wangs on about when she was younger which, at 25, was only last week.

A few weeks back I went to see a play at the theatre, because you know, I’m cultured and shizz. I thought it was great. Great performances, good script, great set, and I walked away thinking I’d had a really good time. Then a week later I went to see ‘People, Places and Things’ at the National Theatre because I’m basically king of culture, bow down to me, but in an interpretive way. It was so astounding in every aspect, that it gave me spine tingles and watery eyes. I walked away unable to talk for a while, unable to think about anything except the show that I’d just seen and everything it meant. Oddly, it made me realise that the play I’d seen before had just been ok. Sure I’d enjoyed it, but I hadn’t loved it. I think what had happened was that having not been to the theatre for so long, I’d forgotten what really great theatre can be so my standards had dropped.

I often wonder if this is what’s happened to audiences and entertainment everywhere. Of course people think panel shows are hilarious, it’s the majority of comedy on TV. Of course people think the new blockbuster film is brilliant, because everyone’s telling them it is and independent, passionate films are hidden away in art house cinemas with limited screenings. Of course people like Adele because she has a huge PR budget so they know she’s there and don’t try looking for other things. But we all settle for the things that make money, rather than the projects made because that artist needs to make them for their own creative fulfilment.

Recently at a gig in Wales, I was told about an insane marathon challenge that people had taken nearby. They were woken up after 2 hours sleep and had to run for miles, then swim and cycle, and basically everything I’d hate doing for a long time. A lot of people had signed up for it, and we mused about maybe it was because in this age of screens and repetitive output, they were all seeking something real again. Something that meant something. Sad that we’re so swamped by meaningless content that that’s what you have to put yourself through to do it.

Or it could just be it’s because I’m 34, so my sensors and needs are set at a different level to immortal feeling teenagers who’ll happily hear the same notes sung about the same things the singer hasn’t really experienced yet. Still, on the plus side, as soon as Adele hits her 30’s perhaps she’ll feel the same way and her albums will just be 12 tracks of whining about how everything is too loud and she’d just like a sit down please.

Previous Knowing Everything About Nothing
Next NOVEMBER T-MAIL