I’m typing today’s blog wearing shorts, a tshirt and my trainers. This much information may already be way too much for some of you to handle and I’d like to apologise for the lack of warning about a possible sexytime blog. More likely however, several of you are sitting there thinking ‘Douieb you cad, its Edinburgh, when should anyone ever wear shorts in the arctic capital of arcticness?’ Well, query masters, the answer is: when you are about to go and play as part of the comedians team in the Comedians vs Critics football match organised by Amnesty International. Football? Moi? Surely those two things go together as well as fire and someone’s face? Well, yes. You are right again. God you’re good today. Luckily there shall be no faces on fire to compere my day to today, so it will merely be one small beardy man struggling to ever get the ball for 45 minutes and when he does, persist in kicking it massively in the wrong direction as hard as he possibly can. I’ve never been very good at football, seemingly having the foot-eye co-ordination of someone with no feet. Or eyes. This became evident fairly quickly at a young age, where as we would queue up to be picked for certain teams, whoever was left with me as last in the line alongside the truly stupid/slow/fat/dead kids, would insist on sighing very loudly and trying to pick one of the others first despite knowing they would be too busy picking their nose and eating it to ever chase a football. This was a suitable team mate than me, who would run around occasionally kicking someone’s shin and then booting the ball over a fence. I’m like the soccer Tazmanian Devil. Or something.

This afternoon should be fun though, as if I’m gonna kick in anyone’s shins, at least it’ll be a critic’s. The game is also taking place at the Meadowbank stadium which I’m fairly sure will be pretty hard to boot the ball over. I mean, if I do, then I’ll probably deserve some kudos rather than dismay. Maybe. Its also all for a very very good cause – the freedom of Burmese comic Zarganar, who is imprisoned for 35 years because he spoke out against the Burmese government. Its odd when you realise how lucky we are that freedom of speech is a given in the UK. Its a truly horrible breach of human rights that Zarganar has been treated like this and Amnesty are currently campaigning on his behalf. I now feel slightly guilty for offering my services today as its possible I could just make this game worse and cause the poor man to spin in his cell. Fingers crossed.

If you are around today and want to come and watch then more info about the campaign and the game are all on this page:

Oh and as a last note, I’m now over the wall. Its amazing how fickle life as a comedian can be. A few things sorted me out yesterday including a kermit the frog film on TV, doing this: 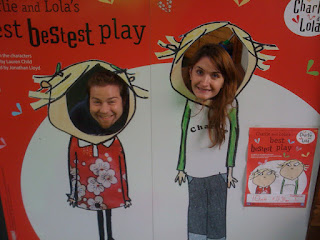 ….having the nicest gig ever ever in the world with the bestest audience, eating a curry and having some sleep. I think I’m not ok with being at the fringe. We’ll just have to make sure every day includes all of those things. I’m off to go kick it wide like the fat man it is.