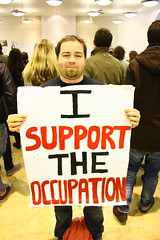 A pre-written blog today. Not that you’d be able to tell if I hadn’t put that. I doubt any of you read this blog as soon as it goes out and so technically, its always pre-written. Unless you were able to read the words as I typed them, it will never be live. And no one can do that as I only ever write this in a secret location. Like a batcave. Only for blogs. Not bats. And its not a cave. Or that secret. Either way if you were peering over my shoulder reading this I’d be hugely freaked out and probably unable to write so it would be detrimental to the process. Anyway, what I mean is, I’m writing this on Sunday eve rather than on Monday for two main reasons. One is that the gig I’ve just done made me want to come home and write about straight away and two, because when you read this, I’ll probably be fighting with furniture whilst moving into the new T Boudoir. Yes that is what I’m calling it. No I don’t expect calling it that will ever help me get a girlfriend. I would opt for the moniker of ‘T-Pad’ but that sounds either like a crap version of an Apple device or something for urinary problems, so T Boudoir is better.

Anyway, back to reason one. I don’t want to get all sentimental or anything and I know that this is not what you’ve come to expect from such a blog. Maybe the ‘mental’ bit eh eh eh eh? Sigh. No, what I mean is I would hate this to sound wanky, so trust me, its heartfelt and must be read in the correct fashion. If I detect a hint of sarcasm in the reading voice in your head then you are not allowed to read this blog ever again. Sincerity only please. Yes you can use an accent. As long as its a sincere accent. So here you go:

I’ve just returned from the loveliest and most inspirational gig I’ve done in a long time. The audience was 150+ students at UCL, who have been occupying the Jeremy Bentham building since Wednesday in protest against the proposed rise of tuition fees. It was actually quite an honor to walk out in front of people who are actually doing something about the horrors that are happening to this country, people who actually care and are proactive in battling against it. There is often some sort of notion that we should learn from our elders, but I stood there looking out at a room full of people nearly 10 years younger than me who were more clued up on current affairs and doing more to fight against the cuts than I have been. Chris Coltrane had assembled a group of acts including myself, Tiffany Stevenson, Matt Kirshen, Nick Doody, Stephen Hill, Jay Foreman, Matt Green and Mark Thomas to keep them entertained and support the cause on this freezing Sunday evening and it really was a joy to do.

I got to the gig early to scope things out and walking in I was overwhelmed by the sleeping bags on the floor of those who’d been there for 5 days now, the posters on the walls and the unity of the students. They were having their general meeting and proposing all sorts of ideas of what to do next and how to deal with the government not listening to their demands. Each person with an idea took the microphone and spoke in turn while everyone respected and listened. It was brilliant to see. When so many other people out there are not giving a shit that this country is rapidly being designed to cater only for the rich and leave everyone else, literally in some cases, out in the cold. It was brilliant too, to know that there were enough acts willing to come and give up their Sunday evening to do this. Each and every one did some material on their thoughts on the matter and it felt great to hear comics actually caring about something for the first time in years. That is proper comedy. Not hoping you can churn out material about whether or not anyone’s noticed something bland and hoping it means you can sell out the O2. No, it was acts doing comedy because they care about doing stand-up and in performing a set can say their piece of mind and support a very worthy cause. I really hope this isn’t a one off. We are in a privileged position as comedians where we have a captive audience of people who will listen to us, and while tonight’s audience were perhaps already the converted and so easier to preach to than most, it’d be nice to think more acts will be brave enough to do that sort of material on the normal circuit too.

I realise that probably sounds all ‘a bit harping’ on of me, but I’ve been a tad disheartened lately with people who just don’t care. People who complain that the students are all ‘tax dodgers who shouldn’t be complaining with their flat screen TV’s, loans and constant drinking’ etc etc. These are the same people who don’t care to think that most of the students demonstrating now won’t be affected by the tuition fee rises when they come in as they’ll be likely to have left university by then. No, they are doing it for future generations who want to learn and will otherwise denied unless they can afford vast sums for tuition fees every year. How in anyway is that selfish or smug? Affordable or free education is surely a right everyone should have? It strikes me that there is some fear of saying that you agree with activists. Some sort of social worry that the upper echelons of class will see you only as a scuzzy anarchist should you say you don’t like what’s happening and that you’re actually worried about everything. Well, we shouldn’t worry. Mark Thomas gave a message at the end of his set where he said the most important thing was that we all unify and stick together through this, and he was right. If everyone who cared switched off X-Factor for an evening, ignored that Prince William and Kate Middleton are about to have the sort of wedding normal people won’t be able to afford a fraction of, and stopped caring about how their opinions are perceived and just said that they do want a government who cares about the people again, then maybe it will actually change things. With our only hope being useless fucking ‘maybe tomorrow’ Milliband, its unlikely anyone else is going to stand up for us.

Right, sorry if that was all ranty, but it needed to be said. Or rather, typed. If I’d said it out loud no one would have been around to hear it. Apart from the weirdo reading this blog over my shoulder. Hmm. Now I’ve typed ‘weirdo’ they are looking awkward. I’d better wrap this up and then question how on earth they got in my house. So to conclude, students of UCL, all who are running and working for UCL Occupation, and all students occupying their university buildings around the country, you are an inspiration. If only more would follow in your example of peaceful, fun and yet determined protesting. Keep strong and don’t give in until the government give up to your demands. For all interested follow @UCLOccupation on Twitter or go to their website for updates here:

Lets hope they don’t have to occupy the building too long before Clegg and Cameron actually listen. And to the person who read that blog in a very good Cartman voice, well done for somehow making it sincere. I am very impressed with your inside head acting skills. Tomorrow’s blog shall be written from the T Boudair. Excited? You shouldn’t be.

Previous Packing It In
Next Keep Moving