Posted by Tiernan Douieb, 12 years ago on Wednesday, September 8th, 2010

Today’s blog is a picture blog. Usually I cater for those blogees that like to read things but today, due a combination of a failed morning where I didn’t manage to pick up my favourite telly from my old now desolate flat, grey skies, a drive to Coventry later today and a general lack of words, I thought I’d aim today’s blog at those readers who, er, can’t really read. Think of it as the sort of blog you could show your children. If you were a cruel parent. Or ignorant.

Yesterday was adventure day and it was filled with much fun in all directions. Upwards? Oh yes. Horizontally? Oh yes. Sideways and spinning? All of those. I wussed out on a couple of rides because I don’t like things that spin. I’ll be honest, even washing machines give me slight jip, but otherwise there was much fast based ride action joy and animal japery that occurred. Here are some pictures to show you just what happened: 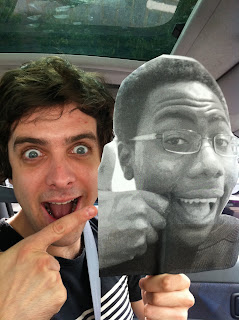 Tom and Danny in the car on the way to Chessington. Tom is so very excited Danny could make it. In fact he’s so excited, his face has gone all creepy. 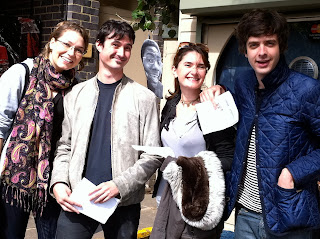 Everyone has their tickets. Except Danny. He gets concessions for just being a head on a pencil. Lucky Danny. 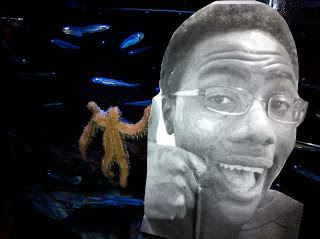 Being a star himself (he was in the gay episode of ‘How Not To Live Your Life’) Danny bloody loves starfish. 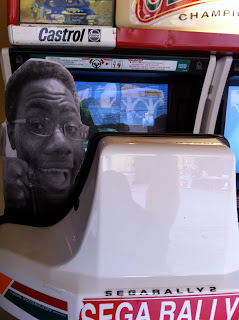 ‘Come on Danny! Get off the arcades! We want to go on the rides!’
‘No, I’m the Stig vrroom vrrooom.’
‘Danny, we all know Jeremy Clarkson’s a racist. There’s no way he’d let you be the Stig.’ 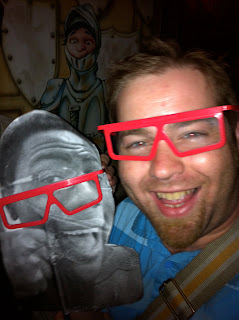 Despite being a glasses wearer, Danny was still unable to pop his magic specs on properly, due to his lack of hands. Or body. 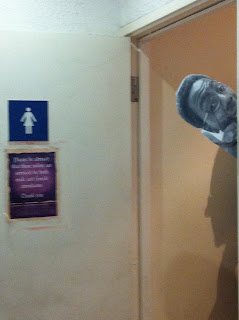 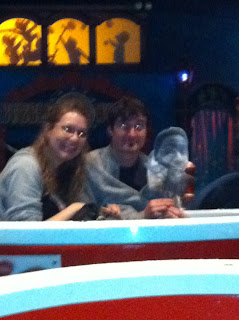 Sadly some demons kidnapped Danny and forced him to go on the Bubble Works ride, which is only fun if you’re under 8 years old or brain damaged. Or both. 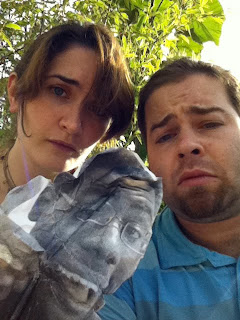 What a fun but long day for Danny. All that excitement made his face crumble and we had to leave him in a bin like good parents. What kind of fun will Danny have next time?

So there you go. Taylor Tales aside, here are some more pics of things and a vid: 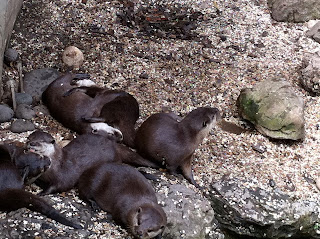 If you look carefully on the left hand side, two otters are 69ing. Despite being all of a mature age, this was endlessly funny. Could there be anything h-otter? Or do you think they were Tarka-ing the piss? Arf. 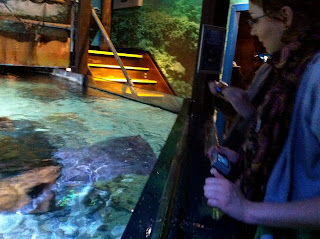 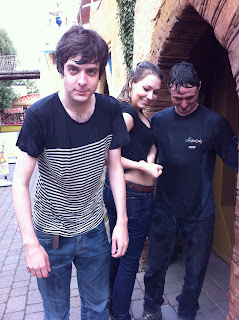 The heroes return from a particularly drenching Rameses Revenge. Me and Nat abstained because we are rational/wusses. 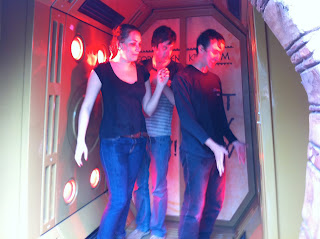 The next thing they knew, Tom, Ella and Matt were all transported back to 1930’s middle America and a new adventure began…. 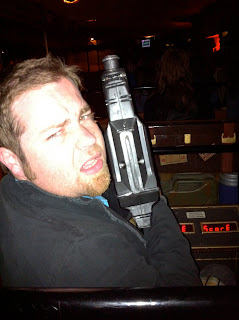 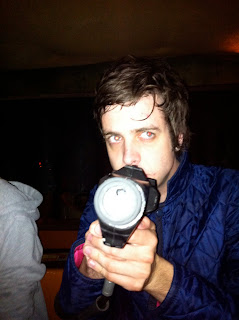 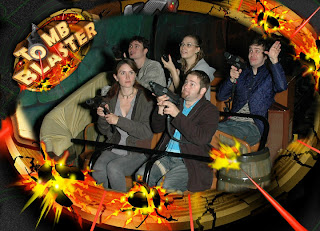 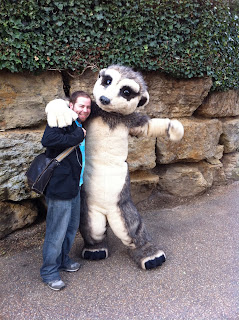 Spot the Difference. Or just compare us if you like.

The day was also filled with seeing sealions eat fish, discussing the theme park with the mildest adventures, small rolls courtesy of Nat, ice cream (but not on a donut), dragon fury – dragon schmury, monkeys carrying monkeys, some eventual house chat and this singing fish:

Previous Thrills, Mills and Mike Spills
Next Back To Form / Bestival ’10