My favourite new game of the fringe is Flyer Editing, or Flyediting if you will. Its a very simple game that you can play too with any flyers any time of the year, a black marker pen and a huge amount of time to waste. Luckily at the fringe, I have all of these things and so, flyediting has been born. Here are my current attempts so far. Why not give it a go too and post your pics in the comments section? 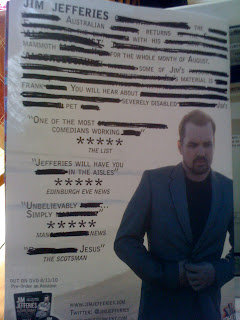 ‘ Jim Jefferies the Australian, returns with his mammoth for the whole month of August. Some of Jim’s material is frank. You will hear about severely disabled Jim’s pet.’

‘Jefferies will have you in the aisles’ Edinburgh Eve News 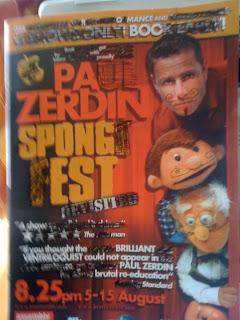 ‘If you thought the brilliant ventriloquist could not appear in Paul Zerdin, brutal re-education. Standard.’ 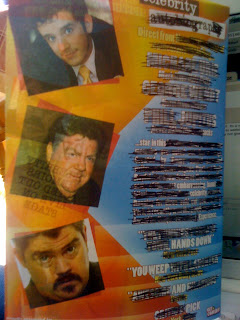 ‘Hands Down, you weep and pick.’ New York. 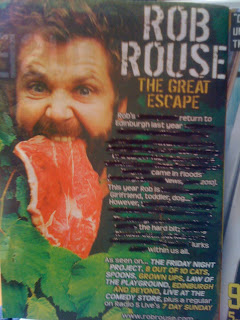 ‘Rob’s return to Edinburgh last year, came in floods. This year Rob is girlfriend, toddler, dog…however, the hard bit lurks within us all. 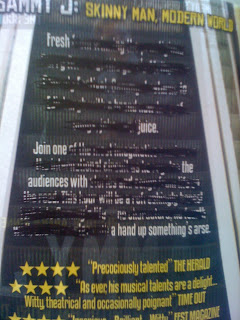 ‘Fresh juice. Join on of the audiences with a hand up something’s arse.’ 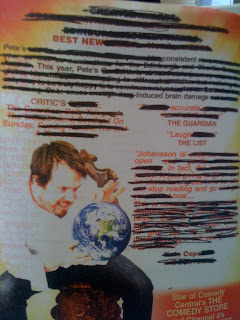 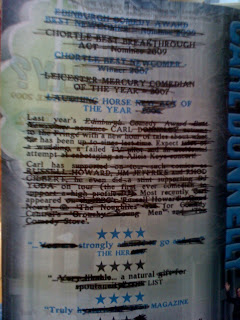 ‘Horse of the year. Last year’s Carl, has been. Expect a failed attempt. Carl has appeared for men.’ 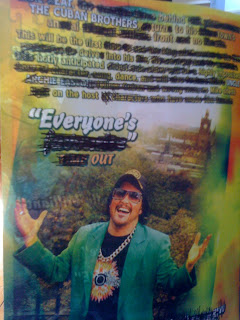 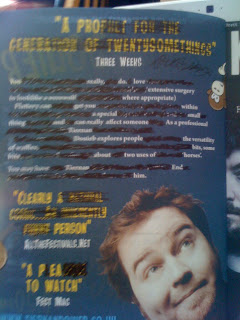 ‘You really do love extensive surgery to look like a werewolf where appropriate. Flattery can get you within a special small thing and can really affect someone. As a professional, Tiernan Douieb explores people, the versatility of waffles bits, some bits about two uses of horses. You may have Tiernan. End him.’ 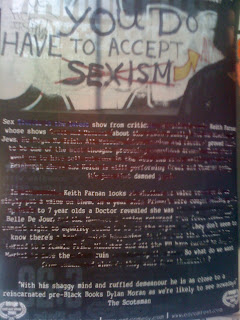 ‘Sex show from critic Keith Farnan whose shows about Jews proved damned. Keith Farnan looks to 7 year olds. A doctor revealed he was Belle Du Jour. They don’t seem to know there’s the ruin. So what do we want?’ 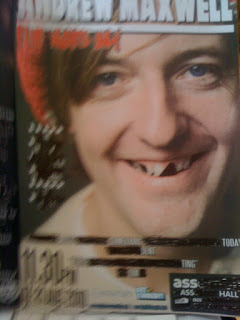 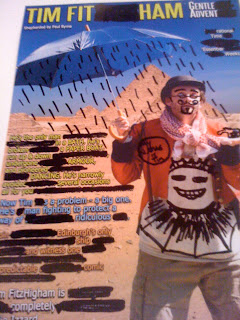 ‘He’s the only man in a bath. He’s broken a paper boat, run up and down, undergone armour, and pioneered dancing. He’s narrowly avoided several occasions just for you. Now Tim is a problem – a big one. He’s man fighting to protect a way of ridiculous. Join Edinburgh’s only ship and witness one predictable comic.’ 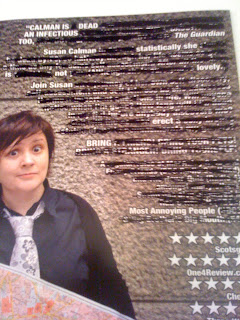 ‘Calman is dead an infectious too. – The Guardian’