You look lovely today. No really, you do.
I love what you’ve done with your hair/no hair/ceremonial headdress/extensive surgery to look like a werewolf. (Please delete where appropriate)
Flattery can indeed get you everywhere (except for places within the MI5 building. You need a special keycard for that) and the smallest things you say and do can really affect someone’s day.
As a professional small thing himself, Tiernan knows this very well. Comedian Douieb explores peoples’ good nature, the versatility of waffles, unsung heroes and there will also be some thoughtful bits, some bits that no one has thought about and two uses of the word ‘horses’. You may have seen Tiernan in such films as The Battle of Endor and Wicket Finds A Way.
Well, that wasn’t him. 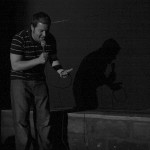 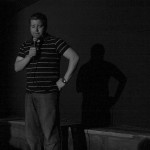 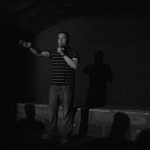 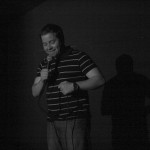 “He skilfully moves from topic to topic like a pro, and his simple observational humour is refreshing.” – Three Weeks

“Douieb performs with such confidence that it’s easy to overlook how well his material comes together, or how often he generates laughter.“ – Fest

“…very adept at his craft; interweaving themes, building to the finale and exposing enough of his real self to make his insights seem truly sincere.’ – Spoonfed

“The wheel of comedy is better for the charming hamster that is Tiernan Douieb.
This show had so much comedy and truth mixed together that could only be served up by the man himself. Bravo, Tiernan, Bravo“. – Glenn Wool 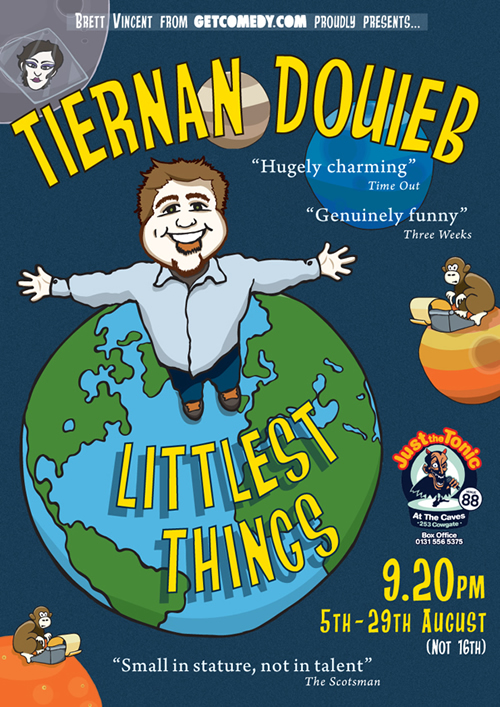 Previous 28 Years Later
Next Tiernan Douieb vs The World