What A Brother Know? 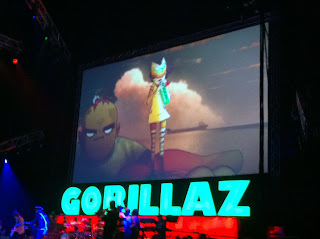 I often profess to being a skeptic of sorts when in fact I’m somewhat of a fraudster in saying so. I’m not saying I believe religion over science or swear blind on homeopathy or anything, but you stick me in a derelict castle on a winter’s night and I’ll have to spend the night persuading myself it’s not full of ghosts. That’s if I make it through the night without running out screaming. On a less supernatural level, I have, especially in recent years, come to believe in some sort of karmic balance of things. For example, this morning I attempted to go for a run for the first time in 2 months, with my new shin splint combating new trainers. I lasted 10 minutes before my legs entirely seized up in worse pain than ever and I hobbled home. Couple this with the three flats I’d called that had been online for an hour and had already gone and losing my favourite hat last night and you would assume I was just having a bad day. But in my odd head, I’ve decided that its all due to me having what I consider to be a pretty goddamn amazing day yesterday. 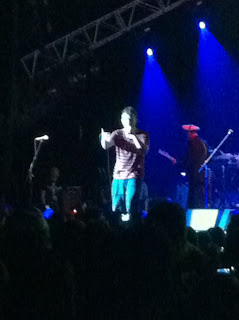 Chuck D, on It Takes A Nation Of Millions iconic opening track ‘Bring The Noise’ enquires, after querying just how low a bass can indeed go, just what a brother knows. Well using my brother Corin as a case study, quite a lot. While both of us strayed away from my parents’ careers of child protection and helping society, I went for comedy while my brother hit up the music scene. He’s very good at the many things he does too, from DJing and producing to music PR and generally scamming freebies for good stuff. I credit myself on this, thanks to my years of tormenting him as a child through physical and mental violence, I think he has had to learn to harness various skills to survive. These skills are now being utilised in being far more useful than me at having the right connections to ensure we have a pretty awesome night of musical mayhem. Its been an amazing week of seeing bands I love this week, starting with Marina and the Diamonds on Tuesday, then Hot Chip and LCD Soundsystem on Weds. This all culminated with what I consider to be a heavyweight of artist combinations, with managing last night to see old school buddy Sway, followed by the Gorillaz and finishing with the muthafrikkin’ Public Enemy. Yep. All that. Sway and PE I knew were on the cards but a chance moment of skillful juggling by Corin meant that as PE were running late, we raced across the O2 building and took our seats right near the stage to watch Damon and crew belt out some of my favourite tunes from the past three albums. They were amazing live, with guests such as Bootie Brown, De La Soul, Mark E Smith (who kept wondering off, fiddling with switches on the amps and being coerced back by various band members) and Little Dragon (who I love a bit), and the most excellent visuals. There was a perma-grin on my face as they launched into Empire Ants, my favourite track off Plastic Beach. We had to miss their encore but headed into Indigo2 just as PE were starting and played the intro to Bring The Noise and it felt as though someone had pretty much planned the evening around my personal music preferences. 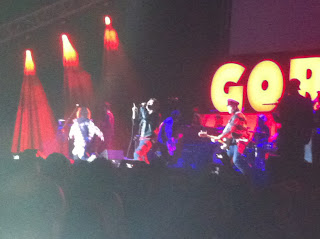 Chuck D looked like he hadn’t aged a day, still ever sharp on the lyrics and messages of morality, berating people who act for image rather than being who they really are, and anyone who follows in America’s stupid footsteps. Flava Flav looked like he’d aged a century but threw himself around the stage like some sort of hip hop imp. I don’t think I will ever get tired of hearing that man yell ‘yeeeeeaaahhhh bwwwooooy’. Genius. I had a small moment of realising that in one evening I’d managed to see De La Soul, on fourth of the original Pharcyde and Public Enemy and felt more content than a contents page of a big book with lots of chapters in it.

Then I lost my hat. The day had decided I’d had far too much fun and my favourite green peaked beanie hat that had firmly been in my pocket all day long, was snatched from me by the law of sod. I checked with the bar and lost property, all of which had been handed various green peaked beanie hats, but none of them were mine. I have a deceivingly small head and therefore need deceivingly small head wear. To replace such an item may take some searching or a special order to the Borrowers tailor. As some consolation, it appeared I’d been nodding my head more than a plastic car dog and so needed no headgear whatsoever on leaving the premises. Still, I bloody liked that hat. I’m going to try my best not to tick off any more bands on my list of people to see anytime soon or else I lose my new favourite zip-up, jacket or trainers. Let’s hope Tom Waits, Portishead and Mogwai don’t all do a joint concert together or I’ll have to walk home naked. Or if they do, at least hope they do it in summer.

I can’t really complain. A lost hat isn’t much to be sad about considering it was a very good day. According to Ice Cube’s ‘good day’ criteria I didn’t even have to use my AK, so we can definitely say it was a good day. Myself and Corin have decided that at some point we need to complete all elements of Ice Cube’s track and have, by his definition, a good day. After much discussing, the hardest bit may well be getting a ‘Goodyear blimp’ to say ‘Ice Cube’s a pimp’. But if we get saving now, I’m sure it can be done.