That sound, the sound you hopefully made while reading the title of this blog, is the rare sound of me blowing my own trumpet. I don’t do it very often, more importantly, I don’t really like doing it, but sometimes, despite my huge inability to play the trumpet whatsoever, I like to give it a small ‘parp’. ‘Parp’ is definitely the right noise for a trumpet. I’ve thought about it a lot. Some of you stupider peoples might think it goes ‘trump’ or that perhaps its not an instrument at all, but a card game whereby you see who has the best pet. Well you’re all wrong. Its an instrument and it goes ‘parp’. Sometimes ‘paaaaarpity parp parp parp’ depeding on the tune. Anyway, I digress. Now gress is a lovely shade of red. Arf. Sorry. What I’m doing here is taking self-trumpet blowing and muting that horn before it even gets parping.

Sometimes, as a jobbing comic (some might say I’m more of a jobby comic), you come back with a retort or a quip that you feel deserves a small medal. Last night I did one of those that was a) perhaps a tad crude, b) because of the situation can never be used again and c) something I’m very proud of my brain for. My gig at the Loughborough Town Hall started with me talking to a man on the front row. I asked him what he’d done with his day and he said he’d ‘walked the dogs’. He was being cagey about what he actually did and when I finally managed to get it out of him, it turns out he genuinely was a gynacologyst. I then said….wait for it….I then said this: ‘When you said ‘walking the dogs’ was that a euphemism because your work today involved you looking at a couple of real growlers?’ Parp. There it is. That will never happen again, and while it received a lovely laugh and applause last night I can’t help but feel slightly smug about it. I know, smugness is horrible and I apologise but I promise it will stop now.

Just a short blog today but I’ll leave you with some of the weirdest pics I’ve ever seen on the walls of the Mayoral Chambers at Loughborough Town Hall where our dressing room was. I’ve never seen a more motley crew of weirdos and suspicious types since watching League of Gentlemen and it’s one of those things that makes you wonder how much of that show was made up and how much was based on truth. 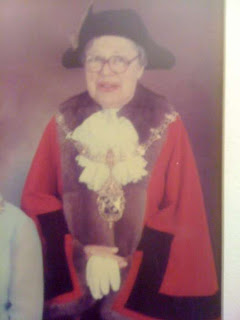 Just terrifying. No only really knows if that is just Steve Pemberton dressed up. I mean, how do you actually get a face like that unless you are a man in drag? Amazing. 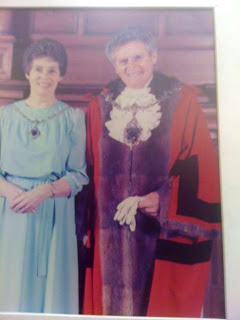 If during the Mayor’s time at the Town Hall, I’m fairly sure a lot of people went missing at night. And kids during the day. 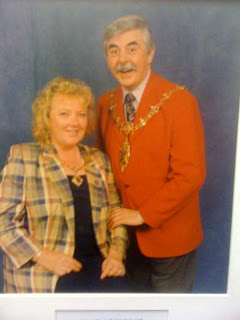 This man could have been a Butlin’s redcoat leader. Or perhaps have wondered round with a ventroloquist bear. Sadly he was in charge of stuff. And its likely he was sued for sexual harassment at some point. 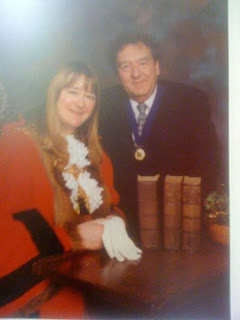 hahahahah its Piers Morgan. Hahahahahah. The one on the right that is. Next to the woman that used to be on Eastenders.