Lots of little notes for you today. Have at thee:

– Get Stuffed in Tring is up there with the loveliest gigs ever. I’d never been to Tring before and, worse than that, I’d never even heard of it. But it turns out is a really lovely town not far from London, with lots of greenery and a river and all the sorts of things that make you say things like ‘one day I could live here’. Then in the middle of the town is a big creepy Zoological museum full of stuffed dead animals. I didn’t go in as it was closed when I went, but feel I’ll have to head back at some point to have a look. All small towns and villages need something that will terrify kids and its fair enough they have their one. I can only assume they had a zoo at some point, but it all went wrong. The gigs themselves were awesome. I did a kids gig in the afternoon where a small boy in his cub uniform (that’s the smaller scouts, he wasn’t dressed as a bear) kept shouting at me that he was scared of sheep (more on that below). Then the gig at night was just amazing. I was on the brilliant bill of Shappi Khorsandi (@ShappiKhorsandi on twitter. Follow her if you don’t already as she is awesome), Earl Okin and Reg D Hunter, all of whom were amazing. I still get a bit intimidated when stuck on bills like that as all three of them have been headlining since before I started, and in comparison, I am but a newbie. Luckily, it was the sort of gig that would have been impossible to die at due to brilliant audience and great venue. Not only that but the promoter Ben had bought us all easter eggs. That was definitely the deal breaker. I now expect easter eggs at all my gigs. Even when its October.

– I have realised that the one thing I still don’t know how to do at kids gigs, is make kids shut up when they’re making a lot of noise. Its difficult because if you deal with them aggresively, they’ll cry and their parents will hate you. If you deal with it like a teacher, they’ll get uncomfortable and won’t enjoy the rest of the show as much. If you don’t deal with, what happens, is similar to what happened yesterday, and they shout endlessly to get your attention. I was yelled at with all sorts of things yesterday from ‘I hate fish!’ to ‘my friend Tom has a pea brain!’, and while I tried to deal with them all, once you gave the attention to one of them, the others would feel neglected and pipe up. In the end I made two plans. The first was just to ignore all of them and talk over them. Luckily this worked as the second plan was to pick one up and drop kick him as a lesson to the others. I still have much to learn.

– I’m currently listening to a CD Reg D Hunter made me. I have realised that one of my favourite things in the world is listening to music given to my by other people who really love music. Quite a lot of comics appear to be museos which I’m really pleased about. I’m not sure if this because we work in the arts, so we have a high appreciation for all other creative things, or if its just because we are damn funky. It may also be because we spend most of our lives traveling and without music we’d have to hear the sounds of other people, most of which include shouting, whinging and general moaning when you’re in an airport, train or traffic jam. Yep, its definitely the latter. I could easily while away several hours just playing people different tracks I think they’d like, and if I wasn’t a comic, I’d certainly want to get a job as one of those people who picks music for other people. Not a DJ. There are parts of my back I difficulty scratching, so when it comes to records I’d be shit. No, I mean those types whose specific job is to recommend music to people who want to widen their album collection. Those types who, when there is an apocalypse or horrific disaster end of the world scenario, will be hugely useless in every way until someone makes a film of it and needs a soundtrack. I love playing a track to someone that makes them happy and similarly I get cheered up immensely when someone introduces me to a new group/band/man hitting a dustbin in rhythm that I love. Its also why most of my student loan was blown on music, and I keep spending money in iTunes. If music is the food of love, I am a fat fat melody scoffing glutton.

– I wrote this about being ‘On The Road’ and stuff. If you’ve read The Road, or seen The Road, then you’ll like this. Its very similar, in that it uses the word ‘road’ and that some of you (ie the idiots) may find it dull. Enjoy:

SUCH SMALL PORTIONS – ON THE ROAD WITH TIERNAN DOUIEB

– I was going to, at some point today, watch the special Question Time that was on last night, aimed at getting younger people to vote in this year’s election. What a brilliant idea, I thought, until (thanks to @pheebs2000) I found out it was hosted by Dermot O’Leary, and starred Jamelia and Rory Bremner. This appears to be more of a voting deterrent. Instead of creating interest it is merely making voting less appealing than it was before. Not necessarilly to newer voters but to people like me, who will vote unless I’m told it can be done by text and during the televised electorial debate we can see messages from viewers saying ‘ OMG! H8 Tories, but Brwns a wnkr! LOLz’ or some such crap. If this is the only way we can really encourage the morons who care more about voting for Z list celebs singing, icing or whatever else they do, then I suggest we go the whole hog. All party leaders should have to ice skate while singing Queen songs and spending the week in a house with each other. I still wouldn’t like any of them but if we could get them to write their manifestos while waiting to find out who has to eat kangeroo balls, I would think they’d make policies that would really get us on side. 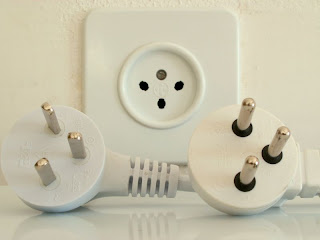 1) Still a few tickets left for the Fat Tuesday 5th Birthday special next week. Its going to be so amazingly good. I am properly excited about the line-up we have, but I can’t tell you about it so in the words of Jack Bauer, ‘you’re gonna have to trust me’. All proceeds are going to the Meningitus Trust. Tickets are here:

2) I’m doing a preview of my solo show in Glasgow on March 13th. It shall be much fun and better than when I did it in Leicester. Also you will get a free CD of last year’s Edinburgh show too. Tickets for that are here:

3) Lastly, two other brilliant things you should check out next week if you’re London ways. Firstly is the brilliant Chris Cox, the mind reader who can’t read minds, at the Pleasance Theatre. Its an awesome show and you will leave feeling slightly mind raped, but in a nice way.

And Phil Nichol is doing his amazing show featuring his alter ego beat poet self, A DEADPAN POET SINGS QUIET SONGS QUIETLY. Phil is awesome and if you don’t go see this you will wake up every day for the rest of your life feeling like you’ve clearly missed out. And you will have done. So sort it out and go along to the Soho theatre next week:

I’m in Surbiton tonight. I’m also gigging there, which is lucky or I’d get done for loitering.