I understand the phrase ‘morning has broken’ now. We used to sing a hymn about it at school and its finally dawned (pun intended) as to what it means. The morning is cold, dark and full of grumpy people. I can only assume its broken and that back when it worked it was much nicer. However I’m up now (9.07am) and so I’m having to deal with it. Before any of you kick up a fuss and complain that you are up 6 hours earlier every day, I have taken note. However try doing it when you don’t get up that regularly and you realise just what a shitter it is. Its like if you sit in a smelly house for ages, its only when you go out and come back in you realise the stench and see that the cats have shat everywhere. Sort of.

I’m up early today because I have 6 trillion things to do. That’s an exact figure and everything. It’ll take longer than today, I’ll be honest. These 6 trillion things involve a casting type thing this morning followed by heading to Bristol to do Tom Craine’s radio show with him again which is much fun. Although Bristol is the only place in the whole UK that appears to still be snowy. I’m almost certain I’m some sort of snow chaser, which sounds less like a weather obsessive than a coke addict. So, taking all those things into consideration, this is a non-blog, and rather than make myself late for any of these things I will just leave you with this to enjoy:

Oh and also, big thanks to @mattscutt who made this! Awesome! 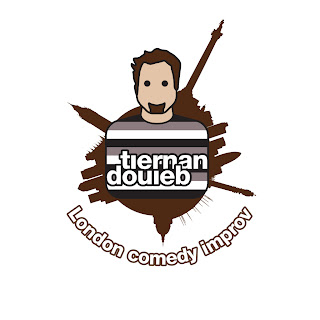